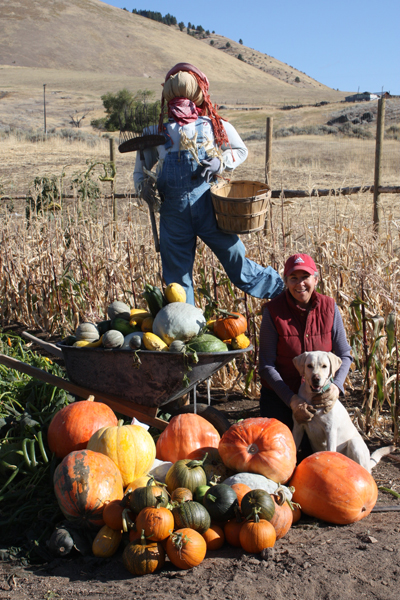 Last week our local weather man reported that fall was ready to fall.  The temperatures throughout September had been delightful, but as October opened its door a cold front came rushing through it.  On October 1st we woke up to our first day of freezing air which finished off the last of the vegetable garden. As morning became light enough to see we observed the remains of what had been a wonderfully productive garden with strange feelings of loss. Nancy especially had spent hour upon hour lovingly weeding, watering and picking its rows throughout the spring and summer months.

Amidst the rubble of shriveled leaves and stems however, it was easy to spot squash, melons and pumpkins that were the lone survivors of the night – everything else other than the root crops would clearly be next year’s compost.

After the sun had warmed things up Nancy and I loaded the wheelbarrow several times over and transported what would be our last harvest of the year into the safer temperatures of the root cellar for fall storage.