Everyone has been called to the harvest – Entry #99 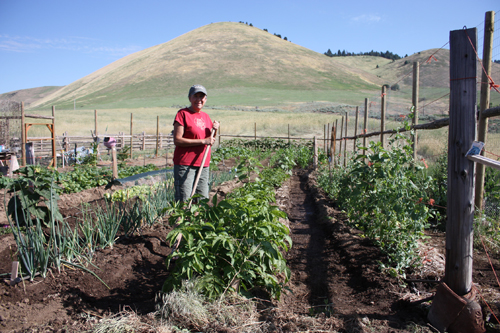 Knowing how to grow a healthy bumper crop for harvest on a plot of land isn’t so much a matter of science as it is an art form.  Farming demands a passion to create as much as the know-how to grow things.  It requires a love and willingness for hard work, gratitude for God’s provision and a love for the gift and miracle of the earth’s  soil.  Maybe I’m wrong, but sometimes I think working the land somehow taps into and touches a hidden strand of ancient DNA that God placed in the human spirit for a purpose greater than growing fruits and vegetables.   I believe successful farming requires not simply the rooting of various plant species, but more so, getting in touch with the very roots of human existence, realizing that all of humanity began with a lone working couple who were called to tend a garden that God had established.  Genesis records, “Now the LORD God had planted a garden in the east, in Eden; and there he put the man he had formed.  And the LORD God made all kinds of trees grow out of the ground-trees that were pleasing to the eye and good for food. – The LORD God took the man and put him in the Garden of Eden to work it and take care of it.” (Gen. 2:8-15)  Mankind was created with a built in love and even a drive to participate in the thrill of harvest; it has been in us all from the very beginning of time.  My conclusion is that everyone has been called to farm and harvest in one form or another and because of it,  bearing fruit in our lives is the only thing that really satisfies the authentic need for human fulfillment.

I’ve watched Nancy come alive this past summer as she has labored in our vegetable garden.  She and Lily, our small golden lab, spend hours together day after day planting, carefully cultivating between rows, watering and pulling undesired weeds with an anticipation of a fruitful future harvest.  Our garden is now becoming bountiful and beautiful and it is having the same effect on her.   It is medicine to her soul and a sedative of peace to her fears and emotions.  It is more than a plot of dirt but a place of healing, renewal and expectant vision.  A garden is not only a picture of the Kingdom of God, but is a tangible means of learning about it.

The Bible tells us that the natural speaks of the supernatural, and because of it I believe the things we experience in a natural garden is characteristic of the things He desires for you and I.  He wants us to become rooted and established in His (the Fathers) love, he desires for us to mature and grow in strength under the warmth and in the light of His Son,  and to experience the refreshing and empowering of the Spirits rain. God made us for His spiritual garden, a garden that would one day be used in the process of producing a great harvest of human souls.

[An excerpt from the rough draft of Tri’s new Book, “The Good Soil” which will be released in the spring of 2010]