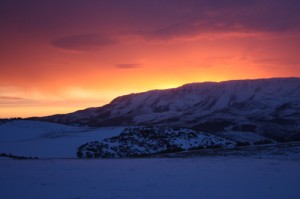 I have been thinking a lot lately about how differently people are reacting to the hard times our nation is facing. Our public is being bombarded with information that has caused many to respond when it comes to surviving during such a difficult season in American history. The fear of an uncertain future is awakening a lot of folks to react both functionally and dysfunctional.

Everyone has an opinion, yet no one seems to fully grasp the problem. In response to the problems, some people are stockpiling guns and food while others are planting gardens, entering into community service and going back to church. Some are doing both. Change is definitely in the air (and on the airways) and many voices are calling our population to action, but in very different ways.

In my mind there is a difference between panic survival and the pursuit of sustainable lifestyle; the first of which seems to be leading folks to kneejerk reaction. Panic survival is generally caused by fearful, pessimistic self-oriented thinking that demands short-sighted response. It motivates thinking about survival for me and mine – for the moment. On the other hand, sustainability encourages long-term thinking and cares not only about one’s self but also about the greater ramifications for the earth and everyone living on it. In the long run, if we become sustainable, everyone, including the extreme poor, can win. It is an issue of world view.

Without fully fleshing out these ideas, I want to challenge you to consider the following seven worldview perspectives and consider why these two realms of thinking are different. I’m also going to give away a copy of my book Small Footprint, Big Handprint to my three favorite replies on here over the next week, so encourage your friends to join the conversation here and let’s get this discussion going.

Here are the seven worldview perspectives to ponder:

I look forward to reading your responses and highlighting three of my favorite responses next Friday.