Parting with our surrey with the fringe on top – Entry #187 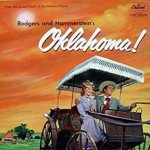 When I was seven years old my parents took my sister and me to the Grauman’s Chinese Theater on Hollywood Boulevard to see the musical production of Oklahoma. That was in 1955 but it was an event I’ll always remember. Roger and Hammerstein’s musical score still rings in my ears even to this day, especially their famous song, “Surrey with the Fringe on Top”.  Maybe that’s why years later when Nancy and I came upon a surrey for sale in the Amish country of northern Indiana we decided to buy it.

I had been asked to do a television interview at a station in South Bend, Indiana that spring and we used the opportunity to take a few extra days and experience the rolling countryside of Indiana. We had never been to Indiana, or for that matter in any Amish country before, but because of our love for country living we wanted to take advantage of the airline ticket it took to get there. After renting a car we drove from Indianapolis to the north eastern corner of the state where we discovered the town and Amish community of Shipshewana. In the middle of town sitting outside a tack and harness shop we couldn’t help but notice the surrey that we ended up buying and transporting back to Idaho.  I won’t share all of the details, but I will say it was a little crazy buying something as large as a four passenger surrey that was some two thousand miles and seven states away from home. It was an ordeal that took nearly as long to get it transported as it would have had I hitched it to a team of horses and drove the entire way.

When the surrey did finally arrive after some wonderful new found friends in Indiana offered to help in the shipping process, I couldn’t wait to get it on the road. We immediately hitched it to two of our horses, Dusty and Monday. They had already been working as a team, and the lightness of the surrey with its rubber tired wooden buggy wheels was nothing for them to pull. For several years we enjoyed driving it through our hills on the winding country roads until one sad day Dusty, our beloved buckskin horse, became too lame to use due to the flare up of an old foot injury. Also, Monday our little Appaloosa mare, whom we have owned her entire life, had reached her thirties.  It was time for her as well to retire from any kind of hard use and because of the loss of these two faithful horses we had found ourselves without a usable team. [See Livestock catagory] For the past two years the surrey has sat in the barn taking up precious space and needing a good home where it will once again be used. If you’re interested or know anyone who might be, you can connect with us either by using the comment space on this blog or by contacting us at tri.robinson@vineyardboise.org.

It will honestly be a little hard to see the old surrey go, but everything has its season and it needs a home where it will be valued and used once again.