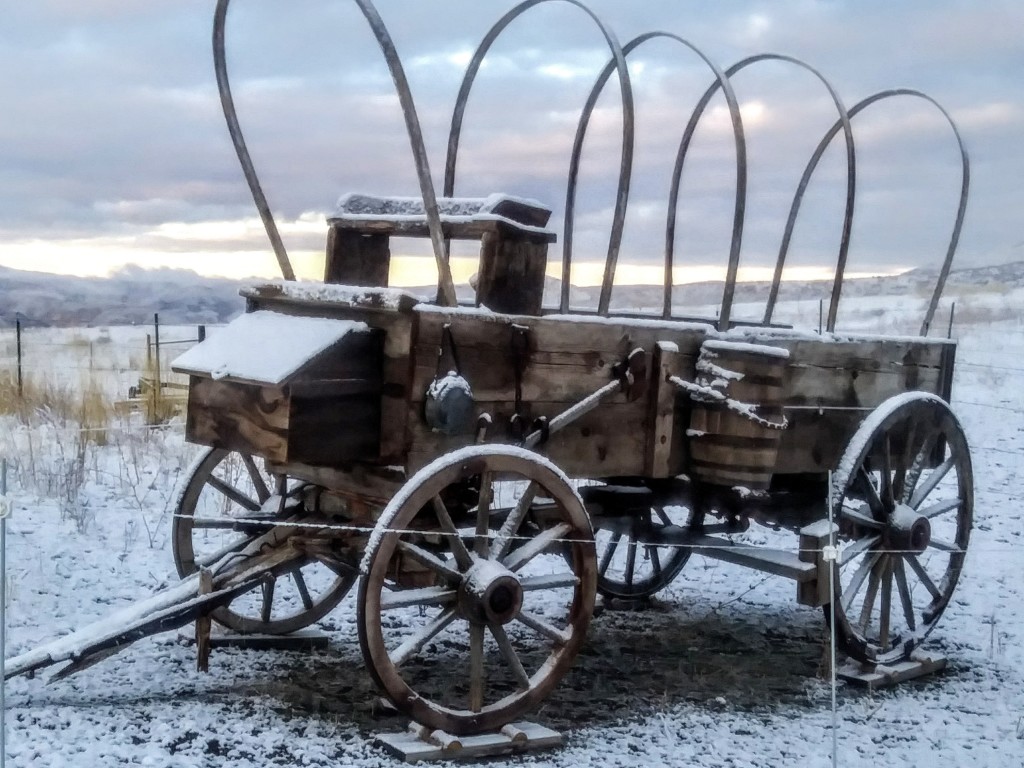 Not long ago a good friend of mine gave me a call asking if I knew where he could purchase an old wagon wheel. He knows me well and figured if anyone knew where to find old wagon parts it might be me. He had seen a chandelier in a store somewhere in Arizona made out of the rim of a wheel and thought he would reproduce it. Ray is an amazingly talented guy who honestly can build anything with his hands. He has an art form of his own which expresses itself in a creative craftsmanship. No question, Ray is an artist. 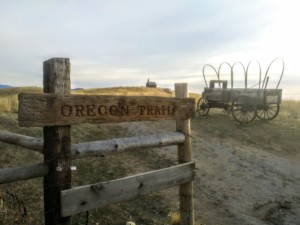 Anyway, I gave him a few ideas including looking on Craig’s list which he did. He found not only a wheel, but an entire wagon undercarriage which still held the remains of four rotting wheels. The discarded remnants had been lying around for years on the back 40 of a farm with brambles growing up through its decaying parts.  Ray gave the farmer $100 for the whole thing and loaded it on his trailer. As he was leaving the farmer casually informed Ray that the remains of the wagon had been found some years back on a stretch of the Oregon Trail. At least, that had been the story.

Ray cut off the parts he needed to build his chandler and called me a few days later to come and pick up the rest if I wanted it. I’m a sucker for any old historical relic and brought the remains back to the ranch. That’s where the point of this story begins. 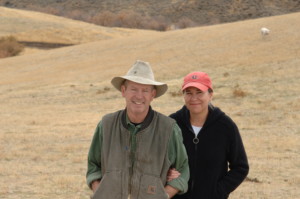 “We walked the bare land dreaming about what it could become…”

I had never considered myself to be an artist of any kind until one day Dean Estes, another good friend who is a painter and a talented sculptor, told me something I had never really thought about before. Dean and his wife Judy dropped by our new ranch one day early in its developmental phase. I think it was because of his creativity that Dean immediately picked up on the heart and vision for what we were attempting to create.  He suggested that our Timber Butte project was not simply a construction project, but more like an art form.  He explained that the land itself was a beautiful canvas and like any artist, we had to envision what the final outcome would one day look like. That was a new thought for me, but what Dean had said that day stayed with us and made us see our homestead project in a creative new light. 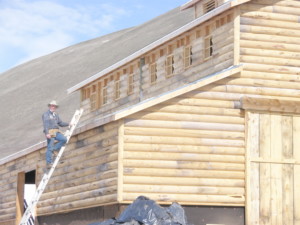 “The log barn was the first structure to be built…”

Nancy and I knew before we ever broke ground that we desired the Timber Butte property to be more than a home, but rather a statement about the homesteading lifestyle and sustainable living.  From the beginning we had been careful to avoid the manufactured or prefabricated look. We envisioned what structures would be needed to create a functional homestead, how they would be constructed and where they would be placed.  It would be important to us that our new homestead would look hand crafted, being constructed with as many local materials as possible.  The corrals were to be built out of lodge poles and split cedar posts and the barn out of locally purchased logs.  Pasture fences would be constructed over time with the same kind of hand poured concrete posts as my great-grandfather had built on our original family’s ranch.  Some of the animal pens were constructed out of lumber salvaged from a neighbor’s 100 year old barn.  His family had been some of the original homesteaders in the area. As we started to build we wanted things to have a story behind them. The granite rock chapel on the hill above the homestead was designed from chapels we had seen in the UK and Spain and every rock being hand set.  The log barn was the first structure to be built on the place and we wanted it to set precedence for all that would follow. It had to complement the natural beauty of the surrounding landscape and after a little time of natural weathering it would appear as if it had been there forever. 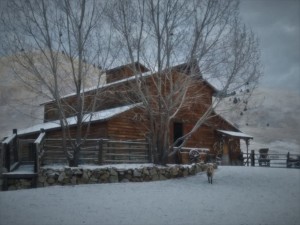 “…after a little time and natural weathering it would appear as if it had been there forever.”

The old wagon and the statement it would make would become another addition to the Timber Butte Homestead canvas. Even though its pieces were far beyond being functional I felt it would make an important statement of Idaho heritage.  The Oregon Trail had passed not too far from the ranch and to me the wagon represented the tenacity, persistence and ingenuity of early homesteaders. Because of it, I reassembled the remnants of the dilapidated wheels, axils and undercarriage.  I rebuilt the two front wheels which Ray had gotten his chandelier parts from and repaired original pieces that had rotted away altogether. Like a sculpture I stood back and looked at the old relic and made the decision to build on what I had. Using more of the 100 year old barn wood I built a wagon box in keeping with the original Prairie Schooner design. I replaced the old brake system using the heavy rusted iron parts that still remained. The old wagon started to take form which encouraged me to use some old hickory canvas bows I had salvaged from a previous wagon project and attached them to the box. Remembering that I had been given an old double bitted axe head, also found on the Oregon Trail, I fitted it with an old weathered oak handle  and hung it on the side of the box along with some iron hobbles and a water barrel which I had been lugging around for years. 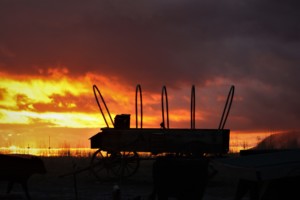 Building Timber Butte Homestead over these past twelve years has continued to stimulate our creative juices and given our home greater meaning than simply a nice place to live. It motivates us to keep the grounds and structures orderly and tidy so it will not only be inviting to guests, but might help envision those who desire our lifestyle. Although we have accomplished most of what we originally set out to do, seeing our small ranch as art keeps Nancy and I feeling energized as we continue to dream together day by day, envisioning  the next brush stroke on the Timber Butte canvas.